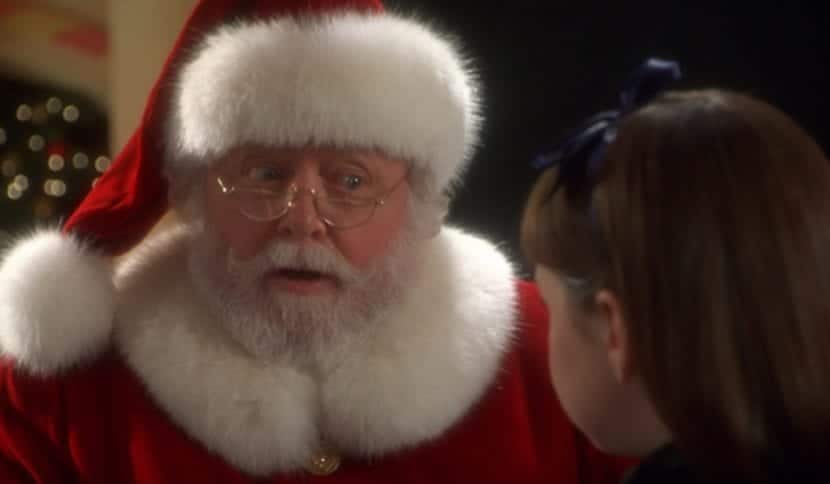 Christmas, a time to share with the family. Moments of good wishes, optimism and rejoicing. Also, it is cold, snowy and hot chocolate times by the fireplace.

Christmas is also the ideal time to go to the movies. The tireless Hollywood machinery has made the last month of the year a period of great blockbusters, and Christmas itself one of its most recurrent themes. It's the Christmas movies.

These films give for all kinds of themes: family, drama, animation, comedy and even horror.

Christmas movies not to be missed

This is the highest grossing holiday movie of all time. Starring an "angelic" Macaulay Culkin, who mocks the attempts of a couple of thieves to rob his house, after his large family left him forgotten and went to spend the festivities in Paris.

Another blockbuster, though unlike Home alone, the criticism was not at all benevolent. Will Farrell grows up in the North Pole believing himself to be a goblin, until he mistakenly discovers that he is human. His mother is dead and his father is blacklisted by Santa for being selfish and greedy.

Spanish cinema has also explored the Christmas theme. Directed by the legendary Juan Antonio Bardem, this film narrates the story of a low-income family, when they win a lamb in a raffle. The initial plan was to use the animal as the main dish on Christmas Eve, but the children of the couple fell in love with their new friend.

Thanks to Ivan Reitman, Director of The Ghostbusters (1984), Arnold Sccwarzenegger found that it works for comedy. In this film, he must do a series of ropes to buy his son a very popular action figure called Turbo-Man, just on the eve of Christmas.

This is a purely Christmas movie. Based on the homonymous short story by Chris Van Allburg (also author of Jumanji) and lively following the Motion Capture technique. It is one of the most expensive Christmas tapes, since its production required a high investment of 165 million dollars. Tom Hanks was the main star.

A Christmas Carol by Robert Zemeckis (2009)

The director of films like Return to the future y Forrest Gump, filmed another Christmas story with the Motion Capture animation technique. Jim Carrey was the main figure, in charge of giving him voice and gestures the iconic Ebenezer Scrooge and his three ghosts.

This is the version number 15 (and so far the last one) from the famous short novel by English writer Charles Dickens, published in 1843 under the title of A Christmas Carol. The first adaptation dates from 1901 and the list includes a version shot in Spain in 1947, directed by Manuel Size called Christmas legends.

Jim Carrey seems to like anti-Christmas papers. Based on the story How The Grinch Stole Christmas by Dr. Seuss and directed by Ron Howard (Apollo 13), This is the second-highest-grossing Christmas-themed film of all time.

Nightmare Before Christmas by Henry Selick (1993)

Filmed under the Stop Motion technique, this species crossover between characters from the Christmas universe and a fictional world dedicated to Halloween Conceived by Tim Burton, it is one of the darkest children's films about Christmas Eve, although Disney decided to eliminate several sequences in order to market it within the AA category. Although it did not work very well with the public in its early days, Over time it acquired the category of Cult Movie.

Tim Allen plays an accidental Santa Claus, an ordinary human being who must have taken the place of the original Santa. An entertaining comedy, filmed on a modest budget, but a huge hit at the box office.

One of the Christmas movie samples, combined with black humor, showing an alcoholic thief who every December disguises himself as Santa to rob a shopping center. It was well received by critics and a modest audience success.

It turns out that Santa has a lazy brother. Also that in the North Pole there are consultants, whose function is to optimize the work of gift-giving. Santa is declared inefficient and forced to retire, but Fred, the lazy brother, will do everything possible to stop him. Star Vince Vaughn, Paul Giamatti and Kevin Spacey.

El terror "Series B" also makes room in the Christmas season. A female fraternity of students is attacked in the middle of December by a mysterious murderer, who first threatens them via telephone. In 2006 a much more "hardcore" remake was shot than the original version.

Arthur is the top son of Santa who has only two hours to fulfill a delicate mission of delivering a gift. An outstanding 3d digital animationalong with a witty and well-told story, which was not, however, received with much enthusiasm by much of the public.

This is one of the most awarded Christmas ribbons (including 3 Oscar awards). A classic, a story that tells the appearance of Santa in the "real world". In 1994 a remake was released (titled in Spain as Miracle in the City), directed by Les Mayfield.

Full path to article: Give me leisure » General » The best Christmas movies