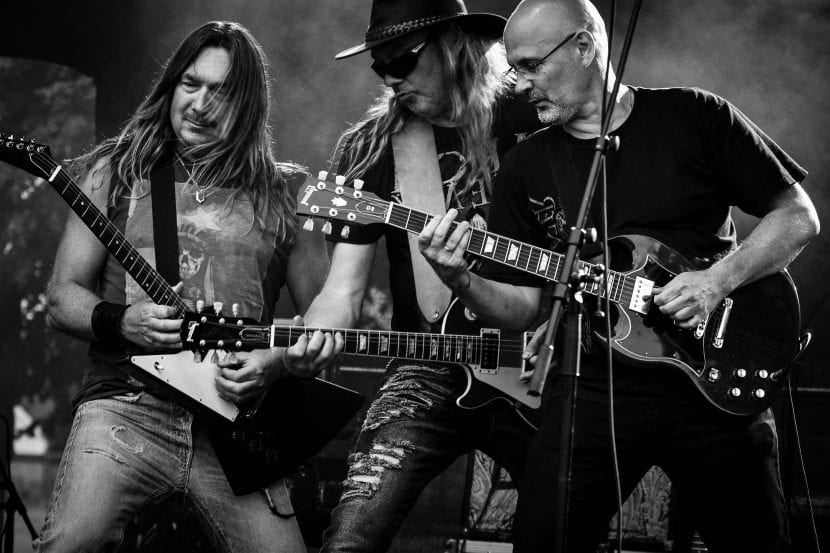 Rock music was born in the XNUMXth century like a crucible in which various styles of popular music merge. Its most direct ancestor is "Rock and Roll", from which it receives marked influences. But it also drew on the country style of gospel, jazz, blues.

Unlike what happens with other musical styles, rock music has captured a wide variety of generations. Musical groups and rock songs continue to excite young people and those who are no longer so. And all this with a magic that has no equal in the history of popular music.

From its name, rock music was rebellious. Why was this music called rock?

Without Elvis Presley, the popular music of the XNUMXth century would not have been the same. It all started when the singer took his guitar and began to improvise about a song called That's all right, Mama. The mix of white music and black music, origin of Rock and Roll, was ready. Elvis had found his style. A new genre was being born.

Little by little, the artist was shaping that image so original that he identified it: colorful and shiny clothes, jackets with the collar turned up, long hair combed back, and their characteristic sideburns. His pelvic movements, his physical attractiveness and his versatile voice, earned him the title of "King of Rock and Roll." Some of his most famous songs from the King of Rock and Roll:

Was the English rock band recognized as one of the most successful and acclaimed in the history of rock music.

"The Liverpool Youth", as they were known, helped offset America's supremacy in pop. They created a British version of American rock that prevailed strongly. They broke rules and from the beginning they showed their proletarian origin and their desire to show rebellion.

In a compilation of the most rock songs, the group has included:

The Beatles It is considered one of the musical groups that has most influenced culture, society and even politics of the world. "The Liverpool Four" knew how to reach the people of their time and transcended history.

It was formed in 1971. Only the 20 minutes that lasted his speech at the Live Aid charity festival, for this British musical group to forever change rock history. At that event, Freddie Mercury and his band gave the best concert of their lives. Until today that day is remembered as "World Rock Day".

Some of his themes:

Were the great invincibles of the stage in that event, and his music, charisma and quirky style conquered the world.

Other of the daughter bands of Great Britain, originally from London, quickly impacted the world. Ian Stewart, Mick Jagger, Keith Richard, Brian Jones, Geoff Bradford and Dich Taylor were its members and founders.

It is considered the group that laid the foundations of contemporary rock. Since its inception it had the favorable opinion of the critics and its songs are considered among the best of all time.

Despite the elapsed time, the Rollings continue to move crowds.

Known for his mastery of the electric guitar, He was a songwriter, guitarist and rock singer. He was in two groups: The Yardbirs and The Cream, but reached the peak of his solo career.

His musical style has undergone multiple changes throughout his career, but its roots have always been linked to blue rock and psychedelic rock.

His most listened to songs:

He is a faithful representative of San Francisco rock that had a style contrary to the prevailing trends at the time.

He focused his inspiration on the rock of the fifties, and ended up building a sound that captured both rock and pop fans.

The list of bands and soloists who dedicated themselves to rock music is almost endless, making it impossible to include them all.

The truth is that, as it spread throughout the world, rock allowed a musical cosmopolitanism that earned it its permanence and long life.

Image sources: Elvis - Echoes Of The Past / Newspaper Today