Throughout In 2018, major musical events will set the tone for mass shows. Fortunately, live music continues to attract all types of audiences.

The list of music festivals that you cannot miss is extensive, so from now on you have to take positions to enjoy it as much as possible.

Festivals in the middle of winter? Why not?

The big music festivals are usually related to summer. It is assumed that the heat of summer days, as well as the greater number of hours that the sun spends in the sky, represent the ideal setting for this type of event.

But the above does not mean that, during winter, they cannot be enjoyed. With different characteristics (such as much more clothing by the attendees) and omitting in most cases the outdoor shows, since the beginning of 2018 there are items to add:

Known as the first festival of the year in Spain. Logroño, La Rioja, will host between January 2 and 7 a good representation of bands and independent artists of various genres. The lineup includes Stool, Vintage Trouble, Freedonia and TipiTako.

But not everything is music at this event. Within this festival there is also space for theater, plastic arts and independent cinema.

Les Angles, a mountainous town located in the department of Pyrenees-Orientales, in France, serves as the headquarters for this electronic music festival.

Several DJs will liven up the days and nights, to combine with activities of the season and the Pyrenees, such as skiing and snowboarding.

January 12 and 13 are the scheduled dates. For those who are in Barcelona, ​​the journey by car to this French corner is just over 200 kilometers.

Those who enjoy hardcore sounds and are in Germany at the beginning of the year, this is an event that should be noted on the list of festivals not to be missed.

El January 13, 2018, in Oberhausen, North Rhine-Westphalia, the second edition will take place in an abandoned factory. The organizers promise 10 hours of music in a row on two platforms.

Those interested should know that the nearest airport is in Dusseldorf, located about forty minutes by car. 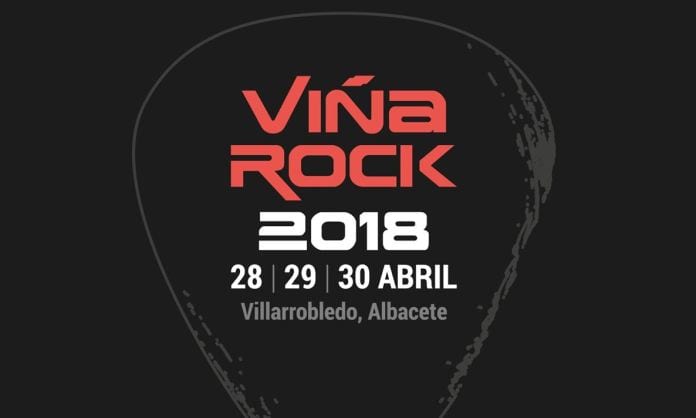 One of the most important events in Spain already has its agenda set for the 2018 edition. Villarrobledo, Albacete, between April 28 and 30, will be venue of the twenty-third edition of a party dedicated to indie rock, hip hop and miscegenation.

Ya confirmed groups such as Sozimonio Alkoholika, Muchachito, Narco, Stravaganzza, Tomasito, Bad reputation and many others. Three days outdoors, the organization offers transportation, camping and showers, among other services.

The capital of Andalusia is preparing to host the third edition of this festival. Dedicated mainly to independent rock, the event repeats the Andalusian Center for Contemporary Art as its headquarters.

Besides music, There are also activities related to gastronomy, live art, exhibitions and workshops. The three platforms arranged for the musical shows have already confirmed The Blue House, Elephants and Lori Meyers, among others.

Valencia is preparing to receive on June 8 and 9, the fourth edition of this festival dedicated to alternative music. The Ciutat de les Arts i les Cincies will serve as the stage for a line up that has confirmed Lori Meyers, Mando Diao, Elephants and Dorian, among others.

Summer: the season with more of the festivals that you cannot miss

With the summer season, rock and heavy metal claim their spaces on stage. The fifth edition of Rock Fest BCN has confirmed a series of first-rate bands. Scorpions, Judas Priest, Helloween and Kiss stand out. Likewise, Tankared, Iced Earth, and the living legend Ozzy Osborne.

Rock, electronic, glam and some pop. This is what will be heard in the framework of the third edition of this now iconic musical event held at the Caja Mágica in Madrid.

Pearl Jam and Queens of the Stone age top the list of bands that will play at the festival. Depeche Mode, Nine Inch Nails and Massive Attack are likewise confirmed.

The Basque city has become the epicenter of one of the biggest music festivals of the summer.

Thinking of the thousands of tourists typical of the season, musical shows usually start later than usual, extending the party until the wee hours of the morning.

The 2018 edition, which will take place on July 12, 13 and 14, has a luxury line up. Gorillaz, David Byrne and Noel Gallagher´s High Flying Birds are among those confirmed.

Perhaps a coastal environment is more in line with summer. Some of the must-see music festivals also take place on the seashore.

On the beach of La Hierbabuena in Barbarete, Cádiz you will receive the third edition of this show for three warm days. SFK, Juanito Makandé, La Raíz and Morodo are among those already confirmed.

Another of the “greats” that take place on summer days. It is listed as the most eclectic event, always accommodating the most innovative trends.

Good music is promised early mornings, on the shores of the Mediterranean. It will take place between July 19 and 22.

There is also where to go in Autumn:

The list of music festivals that you cannot miss extends into the fall, before joining in a new winter. In Cáceres, Extremadura, the second edition of an event dedicated to promising Spanish rock will take place. Barón Rojo heads the bill, along with other bands like Howitzer, Medina Azahara, Avalanch and several more.

September 28 and 29 are the scheduled dates. The Cáceres Equestrian Center, the place.

Full path to article: Give me leisure » Music » Concerts and festivals » Music festivals of 2018 that you cannot miss