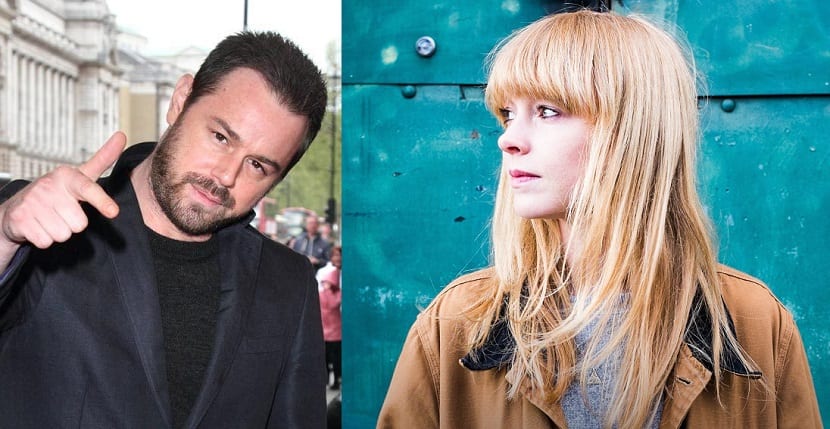 Lucy Rose, the British singer-songwriter who rose to fame in 2012 with her debut album 'Like I Used To', found a very special follower on her Twitter channel, actor Danny Dyer, known for his participation in the British soap opera 'EastEnders' in addition to his multiple collaborations in film and television.

It all started with Danny Dyer declaring himself a total fan of Lucy Rose's music, which he called "teacher". After the actor's tweets came the private messages, August 2015, where Lucy asked Dyer if he would like to collaborate with her on a video clip and invited him to choose the song himself: he chose 'Nebraska', from his album 'Work It Out '(2015). Lucy contacted Christopher McGill, director of the video clip, to tell him what was happening and to start exchanging ideas about what this video could look like. Lucy sent an email to Danny explaining how this collaboration was going to be, receiving the unexpected reply within an hour of sending it: "Ahead. I've always wanted to be a drag queen ».

Lucy Rose: "For me this video is not about Danny being a drag queen, but about a way to escape"

In an interview for The Independent, Danny explained his reaction to learning about Lucy Rose and Christopher McGill's approach to their collaboration on the video clip.: “When I learned what the role to play in the video clip was going to be, I was overwhelmed. I am beyond proud to be a part of this. I have always believed that people should be who they want to be, regardless of race or gender. Freedom of expression is so important… I really hope this video gets the recognition it deserves ».

Lucy Rose, also for The Independent, spoke about her vision of this video clip, beyond seeing Danny Dyer as a drag queen: “I think the most important thing is that we wanted to do something beautiful and emotional, but at the same time show how harsh reality can be, the need we all have to find our escape valve. For me this video is not about Danny being a drag queen, but about a way of escape, about freedom of expression ».