Lifting your spirits with happy songs is an excellent recipe. After all, music cheers the soul, brings peace to the spirit and in some cases, "tame the beasts ".

For those who take their spirits to the ground and seek measures to recover it. Also for those who are overflowing with optimism and want to share it, it is always good idea to beat the heart

Released as a digital download on November 21, 2013. After being included in the soundtrack of Despicable Me 2 In 2014, there was no corner of the planet that this song did not reach.

Is all an ode to joy and happiness. Catchy-paced, just like the lyrics. The chorus is easily installed in the unconscious of everyone who hears it. You don't have to understand much English to enjoy it.

Bruno Mars is, like Pharrell Williams, of that kind of singers who seem to always be good mood. And that vibe is what transmits within the song Uptown funk, collaborating for British producer Mark Ronson.

Released on November 10, 2014, within Ronson's work Uptown Special. Number one in countries everywhere, from the United States to New Zealand. Also in Australia, Canada, Mexico, Ireland and the United Kingdom. His video - ingenious, but above all joyful - is one of the most viewed in Vevo history.

If it is about happy songsBesides popular videos, this South Korean rapper seems to have a specialty. Artist with a long career in his country, where he has excelled as a comedian, composer and producer.

The lyrics, a satire on South Korea's affluent society, take a back seat thanks to the particular dance that accompanies the video. He gangnan style garnered more than 3 billion views on YouTube.

Another song "cool". It is also another song taken from an animated movie soundtrack. In this case: Trolls. Composed by Timberlake himself, who performed it in a live show for the first time during the final gala of the 2016 Eurovision Song Contest, held in Stockholm.

As he repeats the lyrics over and over again, "you just have to dance." Cheerful, catchy, but most of all a happy tune. At the same time simple and effective. Ideal for those who enjoy dancing to happy songs in the Michael Jackson style.

Allen's initial title for the song was "Guess Who Batman”. This as part of an apparent pun on the initials of George Walker Bush, a controversial former US president.

Fuck you it is satirical and acid declaration directed towards the power establishments. Mainly towards warlike policies and positions linked to the extreme political right. Although the artist soon clarified that it was not dedicated to anyone in particular and that it was just another a voice of protest from the young generation

Not all happy songs are in English. In the language of Cervantes there is also an extremely wide library of musical themes of various genres, with lyrics and rhythms destined to have a good time.

What a silly joy - Sloth

During the first decade of the XNUMXth century, Pereza, the duo formed by Rubén and Leiva, refreshed rock made in Spain. After just over 10 years and six notable albums, they parted ways to each embark on solo careers.

One of the most curious topics that they bequeathed is What a silly joy. A statement not to succumb to pessimism no longer shut up when everything goes wrong. It is also a celebration of life, love and laughter.

Everything will be fine - Chenoa

It became known thanks to the first edition of Operación Triunfo, in the distant 2001. It quickly became one of the new female voices within the Spanish musical firmament.

Everything will go well was the first promotional single taken from the album Absurd cinderella, fourth studio work of the singer born in Mare de Plata, Argentina. Upbeat pop-rock, what infected with his joy to practically all Spanish-speaking markets. 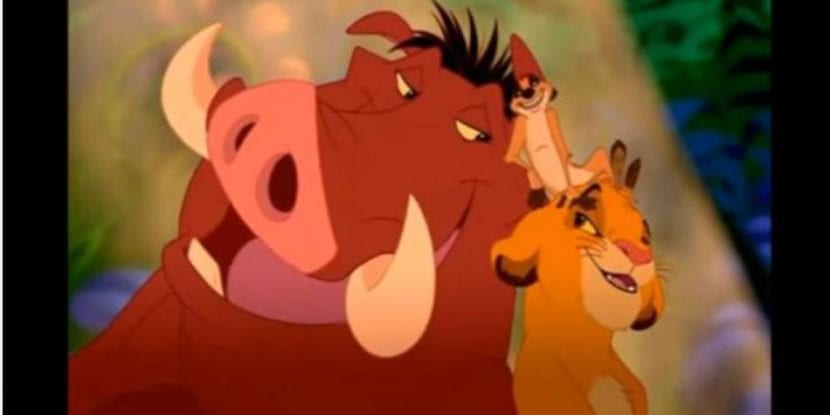 Hakuna Matata it is a typical expression of some regions of Tanzania and Kenya. An approximation to Spanish is "live and be happy". It can also be interpreted as "No problem" o "do not worry Be Happy".

The phrase served as the inspiration for one of the most iconic upbeat songs of the 1990s.

The music was contributed by Elton John, while the lyrics were provided by Tim Rice, famous lyricist of works such as Jesus Christ Superstar y Evita. Hakuna Matata competed for the Oscar in the category of Best Original Music. He lost to another John-Rice collaboration for the soundtrack of The Lion King: Can you feel the love tonight.

The bicycle - Carlos Vives and Shakira

This Colombian-born pair of singer-songwriters spent years trying to record a song together. Until after several attempts, in 2016 they succeeded. Is about a vallenato with "urban" elements, typical of the most recent musical movements around reggaeton.

The lyrics collect all the joy characteristic of the New Granada Caribbean. A highly contagious blend of warmth and tropical flavor. Shakira, who added lyrics to a structure originally built by Vives, included Piqué in her story.

The Venezuelan singer-songwriter Miguel Ignacio Mendoza, famous for being part of the duo Chino y Nacho, started writing this song thinking of other musicians. But midway through the process, he changed his mind. He decided to sing the song himself, in the company of his four children.

The result: a very cheerful and fun. The children's voices of the little Mendoza give a unique touch of naivety. All this accompanied by a simple and easy to remember letter.