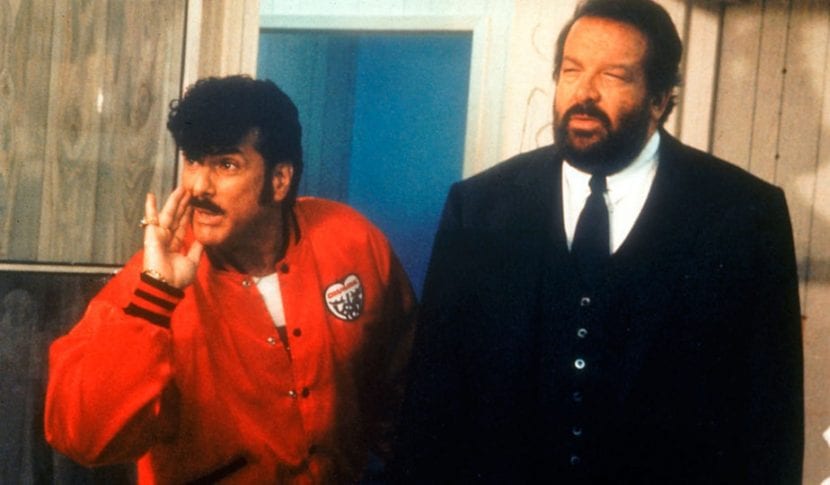 The recent fmeeting last Monday, June 27, of Bud Spencer It took Terence Hill by surprise, who was curiously in Almería. It could not be otherwise. The city that he shared so many times with his best-known artistic partner in the 70s to the 80s.

In Almería, where Terence Hill has declared to be excited, devastated after the loss of their best friend, they shot together You forgive ... I don't (1967) The four crooks (1968) y The hill of boots'(1969), a trilogy by Giuseppe Colizzi. But there were many more titles ...

Carlo Pedersoli, who was his real name, passed away last Monday at the age of 86. His son has related: «Dad left calmly at 18:15. He did not suffer, he had us all close to him and his last word was 'thank you'.

Who was? How was it?

A physical wonder. He was almost two meters tall, weighed over 140 kilos and he smiled very easily.. He himself admitted that he had never been a good actor. Any undemanding film critic will claim that Carlo Pedersoli never had a talent for wandering the interpretive roads. But it did not matter: where his talent did not reach his presence reached; and he never walked through the cinema, but knew how to conquer the screen with his fists.

But long before the character of Bud Spencer, Perdersoli already had an interesting life. Born in Naples in 1929, his family emigrated to South America in 1947, forcing him to abandon the Chemistry career, which had started very early due to its ease in studies.

Even so, yese graduated in law and learned to speak 6 different languages.

Ready He would stand out for his swimming skills. In 1950 he became the first Italian swimmer to get off the minute in the 100-meter freestyle (he was seven times national champion of that distance), and won several medals in different Mediterranean Games.

Already in the Helsinki 1952 and Melbourne 1956 Olympic Games In addition to swimming alone, he was part of the water polo team of his country, which reached the semifinals in both championships, and also competed in that sport in those of Rome in 1960.

Legend has it that it was in the pool where he would meet another good swimmer named Mario Girotti. Years later, each would adopt a different name, and Girotti would take Terence Hill.

In his filmography 17 films with Terence Hill and another 20 solo.

His beginnings in the cinema

I enter through the front door of the cinema like soldier of the Roman Empire, in the mythical "Quo Vadis". It was the year 1950.

His first appearance with Terence Hill was in 1967, in the film "You forgive ... me me." But his first success came in 1971 with "They called him Trinidad", a film that would mark the path that later both would follow in many subsequent titles.

His style was a humorous cinema with Massive fights based on loud smacks, punches and acrobatics, especially from Terence Hill. They were the perfect combination. Spencer put the brutality of his physique, his rough character, and Terence Hill was the perfect rogue, bold and manipulative.

Where did you get the name Bud Spencer? It seems that it was in 1967, in a mix of one of his favorite actors, Spencer Tracy, with the beer of the brand "Bud".

Among his many skills was music. In many of the films he made as an actor, he composed the soundtrack and the songs that were played in them. In 1981 he founded the cargo airline Mistral Air, which now belongs to the Italian Post.

The wonderful stage with Terence Hill

The collaboration between the two begins in 1967 and ends in 1994. Together they would shoot 17 films.

At the Canyon City station the whole town is waiting for the new Justice of the Peace to arrive. When the train arrives, it does so without a driver and full of corpses.

The robbery and the massacre have all the characteristics of having been executed by Bill San Antonio, a gunman whom everyone believed to be dead for a long time. Doc, a professional gamer, begins investigating Bill's fake death in hopes of getting all the stolen gold. Doc is helped by Earp, his former partner and currently an employee of the company in which the bank had insured the shipment of gold stolen by Bill San Antonio.

It was the first film they collaborated on together and also the first in the Cat Stevens and Hutch Bessy Trilogy.

The second part of the Cat Stevens and Hutch Bessy Trilogy shows us Cat and Hutch arriving in El Paso. While the villagers work preparing an execution, they arrive at the bank, where they deliver an amount close to $ 300.000 in gold.

At the same time that the inhabitants of Liberty ville have fun at a circus show, Cat sevens he intends to finally leave town. When he tries to cross the town's countryside on horseback, he is riddled with bullets and, with great difficulty, makes it out of the county line with a gunshot wound to his body. It is the third installment in the Cat Stevens and Hutch Bessy Trilogy.

Original title: They Call Me Trinity

Trinidad, one of the fastest gunmen in the Wild West, locates his older brother, a rogue worse than himself, as the sheriff of the town where he has stopped to rest. A group of peaceful Mormons has settled in the region, whom the mayor intends to throw out at all costs. Trinidad decides to stay there to help her brother defend the Mormons.

The most famous British pirate, Captain Blacke (Hill), wants to assault a substantial Spanish ship full of gold. But not just him, another pirate; Skull (Spencer), has the same intention. And among them will be the daughter of the vice-king of the colony.

Two inseparable friends, Salud and Plata, go to the bank to get a job. They meet some robbers who assault the establishment. They finally escape unscathed, they save their money ... but they have to take refuge in Colombia, where they mix with adventurers and emerald seekers. There they meet a crazy drunken man who claims to have a map of a mine. After many adventures they escape with their disastrous plane. And then a wonderful shot emerges of an emerald mine.

Trinidad and her brother "the kid" go through a rough patch. They scored a goal robbing a stagecoach, but no one had money on them. Luckily, they arrive at a town where they are taken for real "Rangers", to control a band of outlaws who have the town terrified.

Ben and Kid are good friends, but they compete for the prize of a car race, a little red sports car with a yellow top. After many adventures, they reach the finish line together, so the minibolide belongs to both of them. How to divide it? Kid proposes that they play it "to beers and sausages." The one who drinks the most and the one who eats the most will win the prize. But some thugs of a known mobster are also interested in the car ...

Two missionaries a bit mischievous but dedicated to their cause, live on a paradise island. They will choose to help the natives with regard to the dark intentions of the governor of the same.

Two friends of very different characters, somewhat aggressive in appearance, not too scrupulous but with a good heart, plan a robbery at a small supermarket. As always, they make minimal preparations for the assault and when they finally enter the premises, they realize that it is actually the Police Recruitment Office and before they know it they are enlisted.

Original: Even and odd

It is the war against gambling. Johnny has a half brother CharlieNow a trucker, but a former gamer ... Johnny asks for his help, but he doesn't want to go back to the game world. Johnny tricks you by telling you that a friend You are going blind and need a costly operation, and what better than to win the money through gambling? Charlie teaches Johnny the tricks he knows from the game.

The skinny blonde Slim and his friend the fat and bearded Tom meet in an African town where Tom runs a curious tourism agency, for which, thanks to Slim's collaboration, he manages to buy a bus. Although their parents were brothers, Slim and Tom are nothing alike, but this time, by mutual agreement, they agree to disrupt the shady operations of a band of traffickers of wild animals who are dedicated to capturing beasts destined for foreign zoos, exporting them illegally and clandestinely.

Alan flees from Frisco Joe's gang, to whom he owes a large sum of money. In his flight he meets Charlie, a lonely and quiet sailor. Alan carries with him a map of a certain island where his uncle Brandy, suffering from meningitis, assures that there is a great hidden treasure. But the place indicated on the map is an old military fort defended by a Japanese soldier who believes he is still in the Second World War.

Original title: Nati with the camicia

Rosco, a tireless traveler, locates Doug, a bearded giant who has been released from prison, in a roadside restaurant. With the help of Doug, Rosco manages to take revenge on some thugs, and when they leave they get on a truck, each believing that they belong to the other, but neither of them owns any vehicle.

Two guys like Greg Wonder and Elliot Vance don't have much in common. One is an introvert, just out of jail and now plays the sax in a small jazz venue. The other is an adventurer who undertakes any job with the greatest of enthusiasm. The two live very far from each other, but at the same time they are offered a secret and highly paid job by an anonymous organization.

They will be the doubles of two very rich and influential Brazilians, impersonating them to face the dangers that surround these millionaires.

A strange and peculiar couple of policemen are on the trail of 20 million dollars, which were stolen in a robbery years ago. In the search all kinds of funny situations, chaos and confusion will happen.

Commissioner Rizzo and his deputy Caputto investigate the kidnapping of an oil magnate's niece, Connie Burns. The band "The Swede" will be responsible for this kidnapping.

From a distant planet a spaceship arrives and leaves in a small town called Monroe, a charming 12-year-old boy who little by little befriends the big Joe, who in turn is appointed sheriff of the town. The boy soon demonstrates his great superpowers.

Banana Joe, a man who lives on an island paradise without any kind of commercial activity, arrives with his boat at a port, where they ask him for a special permit to beach his boat. When you go to the city to formalize your permit, you will discover the advances of modern life. When you return to your island, everything will be very messy.

A poor boy named Al haddin finds a lamp with which he invokes an all-powerful genius, who will grant him all his wishes, from hooking up with the girl he likes to winning a waterskiing championship.

Original title: To the limit 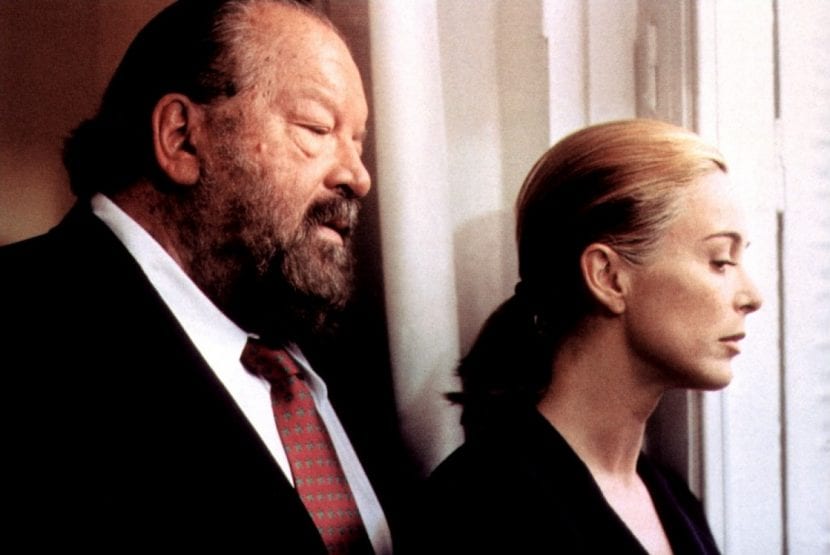 A radio program is interrupted by a call from who claims to be the murderer of several women in Madrid, announcing the next murder for that same night. The announcer receives a challenge, to follow the game to discover the place of the victim, following some clues. But it is a dangerous game.

Original title: Children of the Wind

In the conquest of Mexico by the Spanish, a Spanish castaway named Rodrigo falls in love with Tizcuitl, the beautiful daughter of King Tlacopan, from a reign subject to the powerful Emperor Moctezuma.