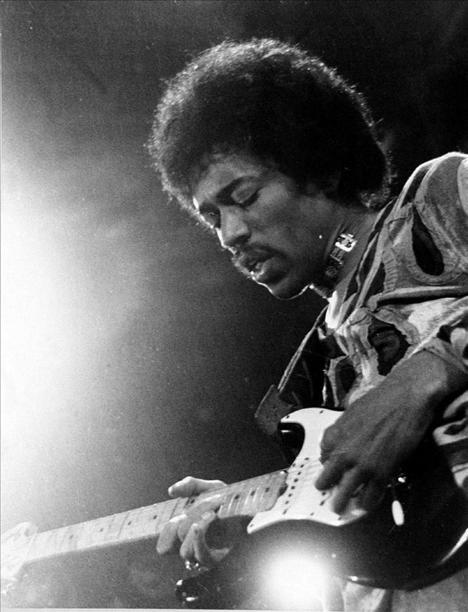 Between 300.000 and 400.000 people attended the most massive performance in the race of Jimi Hendrix, the one that took place in the second edition of the Atlanta Pop Festival in 1970 and that constitutes the central nucleus of a documentary that will be published this month, with high quality color images.

'Jimi Hendrix: Electrical Church'will be published on August 28 in double CD and double LP and two days later, on August 30, the documentary in DVD and Blu-Ray format, allowing you to enjoy an event that has only recently gained relevance due to its quality and social circumstances. policies. It was about 100 miles south of Atlanta, near the city of Byron, where the aforementioned festival was held, also called the "Woodstock of the South" and now valued as the last great American rock festival, with more 30 musical performances including those of Bob Seger, BB King and The Allman Brothers.

The Atlanta Pop Festival was also held in a rural context, that of the deep south of the country, where there was a situation of great cultural division, with the unknown of how all those "long-haired" bands would be received, on a poster in the that black and white artists coexisted. The call was such a success that hundreds of thousands of young people tore down the fences and forced the organizers to declare the event a free event, while the security forces preferred not to intervene to control the crowd, drug use and nudity.

Against all odds, the event turned out to be very peaceful. When Jimi Hendrix took the stage on the afternoon of July 4, the audience had grown to more than 300.000 people. "At the center of the whirlpool was the master magician with his guitar: the embodiment of a life lived fully and savagely, without barriers, without limits, and heading towards the stars at full speed," writes Bill Mankin, who worked on the stage of the festival, in the notes that accompany the release of the documentary.

The images were shot by Steve Rash, later known for directing such films as "The Buddy Holly Story" and "Can't Buy Me Love." Rash hoped that the images would be used in a documentary along the lines of Woodstock and, failing to do so, he kept virtually all of the material in a barn unexploited for more than three decades.