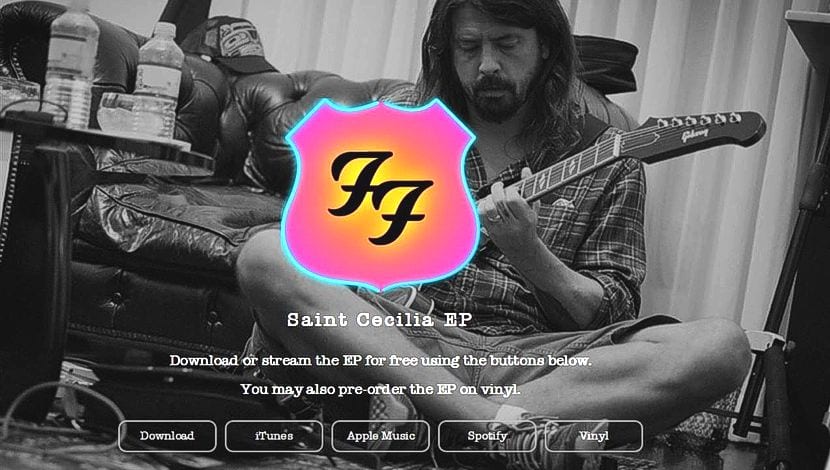 After canceling its European tour due to the violent attacks that occurred in Paris days ago, the American group Foo Fighters revealed last Monday (23) the content of the countdown that had appeared on its official website for several days. The novelty has been the surprise launch of a new EP, containing five unreleased songs recorded last October at the Santa Cecilia Hotel in the city of Austin (Texas), while they were on their last tour of the United States. The new EP is entitled 'Saint Cecilia', patron saint of musicians who celebrated her day last Sunday. Among the tracks featured on the new EP are 'Iron Rooster', 'Neverending Sigh', 'Saint Cecilia', 'Savior Breath' and 'Sean'.

The Foo Fighters' new job now is available for free download on the website under the name www.saintceciliaep.com, as well as on the streaming platforms Spotify and Apple Music, and also on YouTube. It can even be ordered on vinyl through Amazon. The Foo Fighters EP has been released together with a special message from Dave Grohl in tribute to the victims of the Paris attacks, in which the musician states: “Maybe in a small way these songs can bring some light to this world that is often so dark. To remember that music is life and that hope and healing often go hand in hand with a song, something that they can never take away from us. For all those who have been affected by the atrocities that happened in Paris, for their loved ones, our hearts go out to you and your family. We will come back and celebrate life and love with you once again very soon with our music, as it should have been ».