Friends is one of the most acclaimed series of the 90s

If you are part of the millennial generation, you surely have great longing for the 90's. There was no WhatsApp, Facetime and not to mention Netflix and other streaming platforms. However, if you grew up during that time, you surely listened to the music of the Spice Girls and the Backstreet Boys; You also noticed colorful fashions in jewelry, clothing, and hair accessories. Emojis made their little appearance for the first time! It was very fashionable to read magazines and wait every week for the new chapter of your favorite show. It is because of that In this article we pay tribute to some of the best television series of the 90s.

With all the technology we have available today, we can see them again on any platform.Remembering is living again! Enjoy this walk in time!

The prince of Bel Air

The American series aired from 1990 to 1996; 6 seasons were produced with a total of 148 episodes. The protagonist is Will Smith, who was 22 years old at the time. The plot centers on a Boy from Philadelphia who is sent to live with wealthy relatives at the request of his mother.

The protagonist is a carefree young man, used to living in a relaxed way, "rapping" and playing basketball in his spare time. When she moves to Bel Air with her influential aunts and uncles, she lives with her four cousins ​​with customs, whom she turns her life upside down with so many different customs. At the time, it was one of the shows with the highest audience and it marked the launch of Will Smith's great career.

American drama centered on cases of medical emergency situations. It tells the life and personal and professional team of a fictional hospital located in the city of Chicago and receives patients with unusual cases that they need to solve immediately to save the lives of their patients. George Clooney was part of the team of leading doctors!

It was consolidated as one of the series of the genre with the most number of awards.

Comedy series that ran for 10 years with 10 seasons. It is considered one of the most successful of all time! The daily lives of six best friends are recounted: Rachel, Monica, Phoebe, Chandler, Ross and Joey. They live in New York City and share a very intimate relationship of real friendship from which fond romances emerge. They live all kinds of situations that happen to ordinary people: love affairs, heartbreak, work problems, complicated family situations and fun trips, to name a few examples. They all live very close to each other so they all meet in a cafeteria on a very regular basis.

The series has a great touch of comedy, mainly with Joey and Phoebe as one of the funniest characters that get more than a laugh.

This series marked the careers of all the protagonists, who continued their careers on the big screen and which, for the most part, continue to be valid.

Starring the actresses of the moment, Melissa Joan Hart plays Sabrina Spellman a A witch's apprentice who discovers at 16 that she has magical powers. She lives with her two aunts, Hilda and Zelda who have lived for over 600 years and are witches too. They have Salem as a pet, a talking cat and quite friendly in the series. The show launched in 1996 and its last episode aired in 2003.

Sabrina attends preparatory school as a normal girl and the plot tells how she develops her life to become an expert witch and an adult with responsibilities in the real world where she needs to keep her powers on the sidelines. Some love triangles unfold during college and the end of the series tells of the protagonist's wedding.

In general, each episode tells a different story that is not directly related to the previous episode and each of them includes a kind of moral. It was without a doubt one of the most entertaining series to watch for teenagers of the time!

It was on the air for six years (1997-2003) with seven seasons. The protagonist Buffy Summers, is played by Sarah Michelle Gellar. She is a young vampire slayer who tries to live her life in the most "normal" way possible. Throughout the plot she accepts her fate and with the help of a vigilante, she becomes a relentless fighter against the forces of darkness.

During each chapter you have to fight a large number of vampires and demons that attack humanity.

Others with similar themes emerge from this series, such is the case of Angel.

Series transmitted for 10 years (1990 to 2000) and initially broadcast on FOX in the United States, later it became an international success. The soap opera series is about the vprivileged journey of a group of high school students in the city of Beverly Hills. The first season focused on the life of the Walsh brothers, later the themes became more generalized in themes of youth.

Brandon, Brenda, Kelly, Steve, Donna and Nat are part of the protagonists of the controversial show.

It is a Comedy series starring the character with the name of the series. He is of British origin and the chapters contained different plots, the main generality of Mr Bean's behavior was based on communication with signals in general.

The occurrences, the character and the way of solving the problems of the protagonist make up a unique show that is quite fun to watch!

Definitely one of the highest-rated series of the decade! Sun, sand, sea and statuesque lifeguards on the beach were the main attraction for 10 years. Each episode contained different adventures and that involved people to save in quite complicated situations.

The series ran for eleven seasons and ended in 2001. 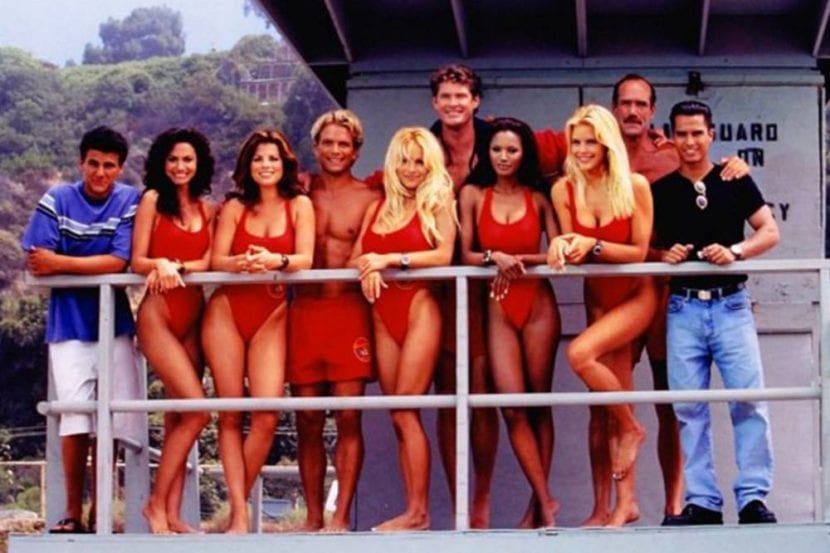 Starring identical twins Tia and Tamera Mowry, the plot tells the story of two twin sisters separated at birth. Both were adopted by different parents and they meet again when they are 14 years old. After the unexpected reunion, they make arrangements to live together and finally meet. They both have very different personalities, which makes each episode a lot of fun.

The coexistence between the adoptive parents is also quite peculiar.

The plot centers on a Italian-American family consisting of parents and three children. The parents of Raymond, the father of the family, live across the street. So they become a constant and sometimes annoying visit that generates a large number of comic situations.

In general, the main theme is the couple relationships and conflicts created between different generations of people going through different stages of life.

It is one of the most awarded series of the decade and one that greatly boosted Tim Allen's career.

The show recounts the life of a television host whose main theme is teaching how to use the correct tools so viewers could make home improvements on their own. At the same time, the protagonist has to deal with a domineering wife and three children who create very funny situations.

The science fiction mystery series is about the extra terrestrial world and strange creatures. Around these issues, secret files were created investigated by two FBI agents: Mulder and Scully. Full of suspense, each episode recounted different secret cases that generated great uncertainty among viewers.

It was on the air for 9 years with 61 awards given by different agencies including the Emmy Awards and the Golden Globes. Time magazine included "The X Files" in the ranking of the 100 best series in history.

It premiered in 1993 and spawned 11 seasons that ended in 2004. Dr. Frasier is a very successful therapist with a radio show in Seattle. He shares his best advice and insights with his audience, yet he has to deal with issues in his own life as well.

The renowned psychiatrist divorces and ends up living with his father and a dog named Eddie. Their complicated brother visits them constantly.

The Café Nervosa cafeteria is one of the places most visited by the protagonists and the scene of many adventures.

Fran Fine, the protagonist, is a woman of Jewish descent who sells cosmetics door-to-door in New York City. By accident it is cOntreated to be the babysitter of three upper-class boys sons of a handsome widower named Maxwell Sheffield, who is also a Broadway producer.

Each episode features a series of tangles that Fran needs to solve with the support of her friend, Butler Niles. The nanny's mother and grandmother are one of the most comical characters in the series.

The show ran for six years and spawned a feature film years after it ended. 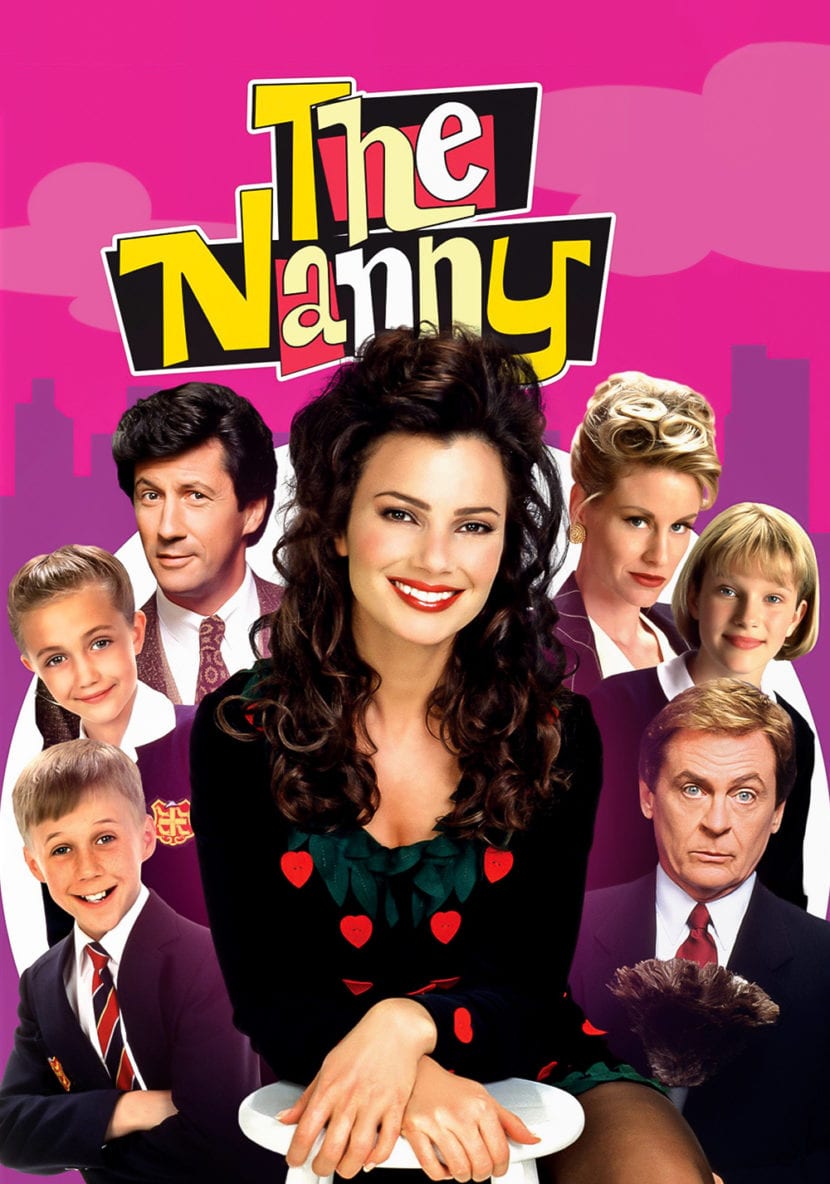 I hope this time travel was fun! You just need to search the right platforms to enjoy again what you consider the best television series of the 90s.

Full path to article: Give me leisure » General » Best TV series of the 90s

It may interest you