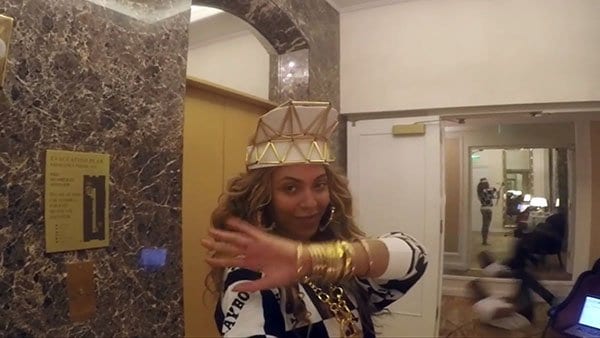 Beyoncé has released his new video for the single «7/11«, That we can already see. The clip is very homemade and she is seen from home, dancing and doing poses. The song was produced by Ariel Rechtshaid and will be included in the new edition of the 2013 album 'Beyoncé', which will be released on the 24th of this month and will contain a new song called 'Ring Off', in addition to collaborations Mr Vegas, Nicki Minaj, Kanye West and Pharrell Williams on remixes.

Recall that Beyonce was the highest paid female artist in music in 2014, with estimated earnings of 115 million dollars, more than double last year, according to the specialized magazine Forbes. The figure, mostly thanks to her world tour, took the 33-year-old singer from fourth place last year to the top of the list, ahead of pop star Taylor Swift, 24, with earnings of $ 64 million, up one spot from last year.

Beyoncé's self-titled album released in December 2013, plus promo deals, boosted her earnings even further securing her top spot on the chart. Rihanna, 26, born in Barbados, with $ 48 million, and Katy Perry, 30, with earnings of $ 40 million, were the remaining artists to make the top five on the annual list.

More information | Beyonce: the singer who made the most money in 2014

Full path to article: Give me leisure » Music » Video clips » Â«7/11Â»: Beyonce from home in her new clip